That's how we feel today, after having our big meeting with Mallory's doctors.

Unloaded as in, the weight has been lifted. We can finally stop holding our breath; we can see light at the end of the tunnel.

All of our collective prayers have been answered: Mallory's official diagnosis is Stage 2B Neuroblastoma, Intermediate Risk. This is way, way, way better than the guesstimates that we received from the oncologists at the beginning of all of this. We were told she would likely be a Stage 4 patient.

The difference is in the details. Mallory developed two tumors simultaneously, while in utero. Had she developed one primary tumor and if it would have spread to the other adrenal gland, we would have a Stage 4 case. It would be Stage 4 because the cancer would have developed, and then spread to another region of the body. This is bad because the cancer would have moved via blood or lymph nodes or marrow to develop in the other region. This would complicate the treatment protocol, prolong her treatments, and raise unanswerable questions about her long term prognosis.

But instead of all the difficult roads that could have been on the table, we now have a very clear path to recovery!

The doctors no longer want to remove her right-side adrenal gland. Instead, they think they can kill the cancer tumor on the adrenal gland, and leave the functional gland in place. This is huge, because missing both adrenal glands means a lifetime of hormone replacement drugs, constant monitoring, constant maintenance, psychological issues, and other ugly complications.

Mallory is scheduled to undergo four rounds of chemotherapy, lasting about two months in total. They are expecting that those 4 rounds will "neuter" the cancer. Another thing we learned today- it is possible to neuter this type of cancer cell, and render it as a harmless benign cell. They call the remainder cells that have been neutered "ganglioneuroma" cells. The ganglioneuroma tumor will remain in Mallory's body, but it will not have the capacity to spread or cause any other harm. It will just be a benign mass that someday will freak out the the ultrasound technician when Mallory is someday pregnant with our grandbabies! (Someday....like in 30 years or something!)

Oh, we can see the light at the end of the tunnel, and it is a warm and glorious light. It is God's light. God showed us that he will see us through this difficult time, and we will endure.

Chemo starts next Wednesday. They are going to keep her at the hospital for a few days, but she should be home by Christmas.

We're not exactly thrilled that we have to isolate our daughter during the holidays, but make no mistake about this:

This is by far one of the best Christmas presents we have ever received!

Merry Christmas to all, and God Bless!

This week took FOREVER, it dragged and dragged and dragged. I honestly did all my laundry, and for those of you who know me, also know my laundry room looks like a tornado went through it most of the time. Knee deep in clean clothes that I just don't have the motivation to fold. (Quite Silly when laundry is NOT in anyway difficult).

Jillian and I have been working on a gingerbread house, SUPER fun but really difficult when you have an almost 2 year old sitting on your lap trying to take apart everything that you've put together. 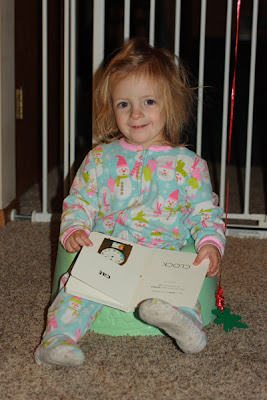 Getting in the Christmas Spirit has been really hard this year, this whole thing with Mally has brought a new light to Christmas though. I am inspired by everyone that has paid off people's layaway. It's just amazing to see random strangers helping out strangers. My family and I decided that instead of my parents buying us presents that we would help out a family that did not have anything, and I hope those kids have the BEST Christmas EVER! This is a tradition that our Family intends on doing from now. It's just an incredible feeling to know that 7 kids are going to have a good Christmas because of our family. 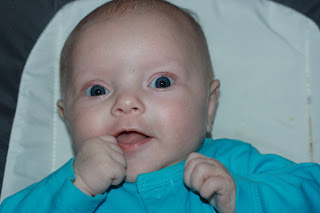 (Mallisaurus)
Today is the big meeting, when they give us all the finalized reports, explain things more, and tell us treatment. I am nervous, anxious, and excited to get the ball rolling so that Miss Mallory can get done with this and move on so we don't have to worry about anything but her being a kid. This is a HUGE thing to me, I want my kids to remain kids for as long as possible, there are so many unfair things in life (for example CANCER) and we don't want them to have any burdens.. So for now Ryan and I will carry the weight for as long as possible and allow them to enjoy things that are appropriate for there age for as long as we can.

I hope everyone has a blessed day and we will have lots of news to share this afternoon with everyone.